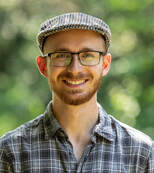 
My PhD research aims to assess the resilience of urban insects by quantifying trends in insect morphology, behaviour, diet and insect-mediated processes in response to the environmental changes associated with urbanisation, such as the urban heat island effect and habitat fragmentation. I will be collecting insect community data, recording traits like colour and body size, and measuring the rate of ecosystem processes such as scavenging along an urban-rural gradient. I will also be investigating the role of insects in human food waste consumption and the potential impacts of this on insect fitness.

I have previously worked on aquatic invertebrates in canals, assessing the biodiversity value of a man-made urban watercourse and the role of canal locks in determining species distributions.